Before we discuss the differences between the Yager Therapy® and the Simpson Protocol, we will first discuss the similarities between the two treatment methods. In both cases we work with the higher consciousness that provides us with information and plays a major role in initiating the healing process. Both treatment methods are discreet which means that changes are left to the higher consciousness. It is even possible that the therapist is not aware of the complaint or the symptoms.

Unlike hypnotherapy, no suggestions are given by the therapist. Opinions and beliefs of both the therapist and the client are not taken into consideration during the treatment process. The higher consciousness works autonomously and is guided by the therapist's instructions. 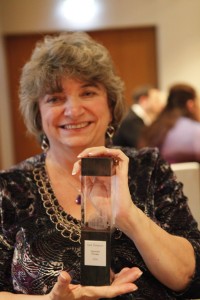 The Simpson Protocol, developed by Ines Simpson, works with a deep form of hypnosis, also called Esdaile state. To achieve this tranate state, each treatment starts with a hypnotic induction and some deepening techniques. Communication with the higher consciousness is via ideomotor (finger) signals. Many specific questions are asked that the higher consciousness can answer with 'Yes' or 'No'. In this way, blockages are dissolved that hitherto stood in the way of the healing process. Sometimes it happens that moments from the past are brought to consciousness. If these moments have a beneficial influence, they will be briefly discussed in order to make the processing take place better. Most of the work during it Simpson Protocol takes place in the background.

Also the Yager Therapy®, developed by Prof. Edwin K. Yager, is a hypnotic technique. No hypnotic induction takes place and one does not deep form of hypnosis is not necessary here. This makes the application of the Yager Code® is also suitable for people who are forbidden to apply hypnosis, for example due to religious In addition, it is preferably also suitable for people where a deep hypnosis is not possible.

Communication with the higher consciousness, called 'Center' by Dr. Yager, preferably takes place via ideosensory observations, the answer of which is given by the client's voice. All parts of the past are systematically sought that have an influence on the complaint or the problem and then placed them in a different context (reframing, reconditioning). Here too, the majority takes place in the background.

Both it Simpson Protocol as the Yager Therapy® are non-directive and discreet (therapies do not work with suggestions). They both focus on the source approach: they address the problem at the root rather than focusing on the symptoms. Where it Simpson Protocol has more spiritual characteristics in particular, is the Yager Therapy® more 'down to earth'.

Additional information regarding the Simpson Protocol